Initially developed to boost the off-road capabilities of family-oriented models, 4Motion evolved into a multi-faceted system now used on most of the company’s vehicles.

Volkswagen’s first all-wheel-drive passenger car was the second-generation Passat Variant Syncro first unveiled at the 1983 Frankfurt Motor Show. It used a nearly identical system as the Audi 80 quattro sedan but featured a modified rear-axle taken from the T2 van.

That decade marked a revolution in the use of such systems on passenger cars, which have become widely used by nearly all the Group’s current models nowadays, from hatchbacks or GTs to crossovers and SUVs. Since 1996, VW rebranded the technology from Syncro to 4Motion, a nameplate that has become nearly as popular as its quattro counterpart. 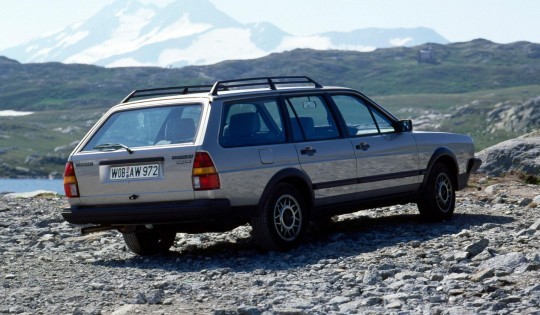 The system improves traction on rough surfaces, especially in winter when we can see 4Motion VWs navigating through snow and ice-covered roads with ease.

But all-wheel drive has become more than a useful system in the winter or on off-road adventures, improving driving dynamics in normal conditions as well.

The manufacturer offers various versions of the 4Motion, the most common being an electronically controlled multi-plate clutch system available on models with transverse engines like the Passat, Arteon, T-Roc, or Tiguan. 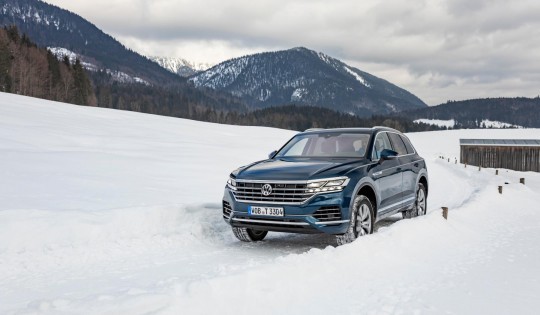 Mainly powering the front wheels, this system uses electronics to monitor traction; when wheel slippage occurs, it quickly and seamlessly sends torque to the rear wheels as well. Since only the front wheels are used in normal driving conditions, this version is also the most fuel-efficient.

Another version of the system can be found on the mid-size Touareg SUV, which is equipped with a permanent all-wheel-drive 4Motion system as standard.

Here, the all-wheel drive is coupled with an eight-gear automatic transmission and a central differential lock with asymmetric dynamic torque distribution. The latter operates as a transfer case for the surge of forces between the front and rear axles. It directs a maximum of 70% of the torque to the front axle and up to 80% to the rear, depending on the situation.

The Touareg and the all-wheel-drive T-Roc, Tiguan, and Tiguan Allspace models provide drivers with a range of individual driving profiles tailored for specific terrain usage. They can be selected using the 4Motion Active Control rotary switch located behind the gear knob.

When drivers rotate it to the left, they access the Street and Snow road-oriented profiles. Rotating the switch in the opposite direction will activate either the Off-road profile where the system automatically manages system settings, or Off-road Individual, where drivers can customize the system’s characteristics.

The Active Control switch can also be used to adjust all relevant assistance systems. The Comfort, Normal, Sport, Eco, and Individual driving profiles are used to alter parameters such as engine power, automatic gearbox characteristics, or steering sensitivity. 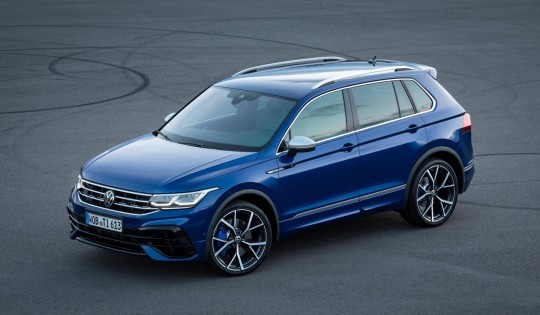 4Motion is also used on performance-oriented models like the Golf R, Tiguan R, or Arteon R, which use a newly-developed version of the system with selective wheel torque control on the rear axle.

Called 4Motion with R-Performance Torque Vectoring, this version uses a new axle drive that not only distributes to the front or the rear axles but also between the two rear wheels. Therefore, it exponentially increases cornering traction by distributing up to 100% of the power to the wheel on the outside of the curve.

From the early days of the 4WD Passat Wagon to the multitude of AWD versions available today, 4Motion has changed the way Volkswagens handle, making them safer, more capable, and much more fun to drive.

Ford Ranger Aims For The TRX With The F-150 Raptor